School boards are the link between public schools and the communities they serve. As publicly elected officials and members of their local communities, school directors are uniquely positioned to:

The board is the authority for local school regulations, policy, and programs within the framework of state law. In addition to ensuring high levels of learning for all, they are responsible for overseeing the financial health of the district, ensure legal interests are protected, facilities are properly cared for, and necessary policies are adopted.

The board supervises the superintendent of schools who is responsible for leading and implementing the necessary steps in order to achieve board-adopted goals, Working together with the superintendent, the board seeks to develop Washington's Most Sought-After Graduates (District Vision), by ensuring all students receive high quality instruction in an aligned and coherent system while addressing their social and emotional needs in a safe and engaging environment (District Mission).

Meet Your Board of Directors

Kathy Mulkerin was elected to the WWPS Board of Directors in November 2021. Her current term ends in 2025.

Ms. Mulkerin grew up in Walla Walla. She attended Walla Walla Public Schools, K-12, at Prospect Point Elementary School, Garrison Junior High and Graduated from Walla Walla High School. She went on to attend college at the University of Portland earning a BA in Psychology. She holds a Montessori Teaching certificate from the Montessori Institute Northwest and a Masters of Education, Primary Montessori from Loyola University Maryland. She recently completed a Master of Professional Studies, Paralegal Studies from The George Washington University.

Mrs. Trick moved to Walla Walla in 1983 with her husband Roger, a park ranger with the National Park Service. They have three grown children, all of whom graduated from Walla Walla High School. Mrs. Trick earned a BA from the University of Utah in English and Spanish and a Masters of Education from Washington State University in English as a Second Language and Bilingual Education. Active in many Little Theatre of Walla Walla productions, she has also served on the LTWW board of directors. She is active in American Association of University Women and is on the board of directors of Friends of the Farm Labor Homes (Valle Lindo). She has been an educator in Walla Walla for over thirty years.

In her spare time, Mrs. Trick enjoys the great outdoors, travel, and playing the piano for contra dances with her friends in the Wednesday Night Band. 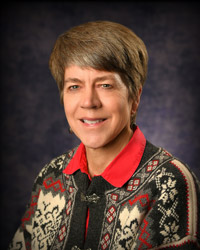 Mrs. Ladderud, an administrative assistant at Whitman College, has lived most of her life in Walla Walla. She attended Prospect Point Elementary School, Paine Elementary, Garrison Junior High, and graduated from Walla Walla High School, Whitman College (biology) and WSU (animal science). Her husband, John, is a veterinarian and they have three children who all graduated from Walla Walla High School.

Mrs. Ladderud has spent many hours volunteering in the schools and at the district level. She has been honored with the 2016 Whitman College Pete and Hedda Reid Service to Walla Walla Award.  She has served on both the High School and Community Facilities Task Force and is active in 4-H and American Association of University Women. 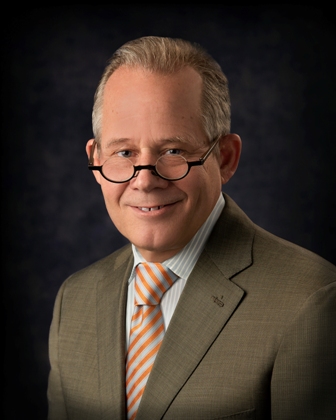 Eric Rindal was elected to the WWPS Board of Directors on November 5, 2019.  His current term ends in 2023.

Mr. Rindal moved to Walla Walla in 1983, after spending several years in Alaska with the US Public Health Service where he traveled the state in support of many of the Alaskan Native Villages. In that same year, he founded Waterbrook Winery and became one of the early wine pioneers in the Walla Walla Valley. He owned vineyards in Walla Walla and the Yakima Valleys. In 2002, Mr. Rindal co-founded Ingio, a technology company which produces accounting, sales and compliance software for the wine industry. Mr Rindal has been a member of the Walla Walla Parks Advisory Board and is past president of the Washington Wine Institute. He has three grown children, who were raised in Walla Walla, and are all proud to be called Blue Devils. Mr. Rindal's wife Nicole is an Elementary Special Education teacher employed by Walla Walla Public Schools. In his spare time, Mr. Rindal is an avid pilot, skier and passionate gardener. 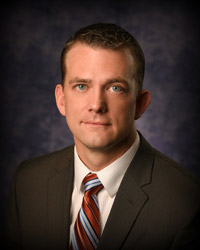 Derek Sarley was elected to the WWPS Board of Directors in November 2015 and re-elected in 2019.  His current term ends in 2023.

Mr. Sarley is a communications consultant, who for 20 years has worked with clients in many industries including education. He and his wife Erin, a professor in Psychology at Whitman College, have two school-aged daughters. Mr. Sarley is a native Pennsylvanian who has also lived in Arizona, California, Washington, DC and Texas, where he graduated from Rice University. Since settling in Walla Walla, he has been active with the Walla Walla Public Schools Community Facilities Task Force and the independent group Citizens for Schools, working to find solutions to the district’s building needs.

Welcome to Our School Board Meetings

Our hope is that you will leave our meetings with a better understanding of your public schools and the school board you have elected to oversee them.

Our Meetings are Open
Our meetings are open to the public and nearly all our discussion will be held in the open. The exception would be if it is necessary to discuss personnel, litigation, bargaining agreements, complaints against an officer or staff member, or real estate transactions where disclosure would be damaging. In those cases, we may occasionally go into a closed or “executive” session.

We Have Something in Common
School board members are elected officials, who serve four-year terms of office. In addition to making a number of decisions at school board meetings, we try to keep lines of communications open with our community and represent the needs of the district before state and national representatives.

We serve on the school board because we care about providing quality education in our community.

We welcome your comments and questions during the time set aside in regular business meetings for citizens’ comments. Attendees sign up to provide public comment using the sign in form in the boardroom prior to the start of the Citizens’ Comments period of the meeting.

During the Citizens' Comment time in the meeting we welcome citizens to come forward and offer public comment, ask questions, or provide recommendations for educational improvement. Per Board policy we typically refrain from providing responses following public comments, and will ensure follow up is made if requested and necessary.

Citizens' Comments must adhere to the following guidelines:

Other Comments/Questions
If you prefer, please write any comments and questions with your phone number and submit to the superintendent, who will respond.