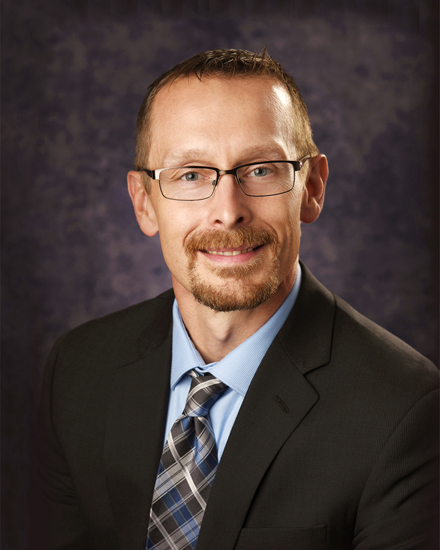 For those of you who have been part of our Walla Walla Schools community for some time, you likely recall that one of my traditions comes once a year around this important time period. As I have, and will continue to do, I encourage each and every one of you to find time this Saturday, during a much-deserved weekend break, to reflect on what now marks the 20th anniversary of the darkest day in recent American History. A day when nearly three thousand five hundred lives were lost on American soil. Twenty years ago today terrorists hijacked four civilian planes with the intention of striking fear and panic into the hearts and lives of every American.

While the ongoing pandemic, return to full time learning and the safety and health of our community is surely at the top of everyone's mind, it is important that we take time to reflect and honor the civilians and heroes whose lives were tragically cut short that September morning. As we are all reminded, on September 11, 2001 at 8:46 a.m. American Airlines Flight 11 struck the North Tower of the World Trade Center in New York City, claiming almost 90 lives aboard the plane. Shortly after, at 9:03 a.m., some 60 innocent passenger lives were lost when United Flight 175 crashed into the South Tower. Rushing to aid those in the impacted buildings, over 400 New York City firefighters, rescue workers, law enforcement, and others perished along with the 2,700 civilian inhabitants, when the two buildings collapsed not long after the plane impacts.

At the same time the towers began to fall, a few hundred miles from New York, nearly 40 passengers and crew aboard United Flight 93 gave their lives averting a deadly attack on our nation’s capital, bringing down the hijackers and the plane over a farm field in the state of Pennsylvania. Marking the last of the tragic events that morning, at 9:37 a.m., under the hijackers control, American Airlines Flight 77 struck the Pentagon, killing all on board and 125 people in the complex.
That evening President George W. Bush addressed our nation. He began his message with, “Today, our fellow citizens, our way of life, our very freedom came under attack in a series of deliberate and deadly terrorist acts.” He went on to note that, “these acts were intended to frighten our nation into chaos and retreat. But they have failed. Our country is strong. A great people has been moved to defend a great nation. Terrorist attacks can shake the foundations of our biggest buildings, but they cannot touch the foundation of America. These acts shatter steel, but they cannot dent the steel of American resolve.”
Since that catastrophic day twenty years ago, our way of life has been impacted forever. Additionally, thousands more lives have been lost by the brave men and women who defended our county as we continued our war on terror. And while our occupation and mission just recently sunset, we continue to honor the courageous soldiers who carried out heroic duties on our nation's and people's behalf.

At one time it was hard to believe that we had students too young to remember the events of September 11. Now, it is even more difficult to comprehend that many of our colleagues are not old enough to recall this catastrophe. For me personally, and I assume still many of you, I remember the day with chilling clarity as I watched the events unfold in disbelief, side by side with my students in my high school science room.

As we reflect on the anniversary of this tragedy, much can be learned over the two decades since this event. More so than ever, especially in light of events that continue to unfold in our political scene, it remains critical to persevere messages of tolerance and compassion. As our great nation continues her debate over these topics, here in Walla Walla Public Schools we continue to be the example with messages of belonging and standing up to injustice. As President John Fitzgerald Kennedy once said, “Our task is not to fix the blame for the past, but to fix the course for the future.” As we reflect, remember and honor those who perished on that September morning twenty years ago, and the thousands after who defended our freedom abroad. Let us not forget that tolerance for each other and tolerance for each other’s beliefs, cultures, customs, ethnicity, and appearance must be central to our learning.
On the morning of September 11, 2001, 19 hijackers’ prejudice for our country, our freedom, and our way of life resulted in the loss of thousands of innocent lives. Please take the time to reflect on this event, thank those who serve to protect our way of life, honor those who have served our country in previous eras, and remember that lack of tolerance is what fueled this tragedy.