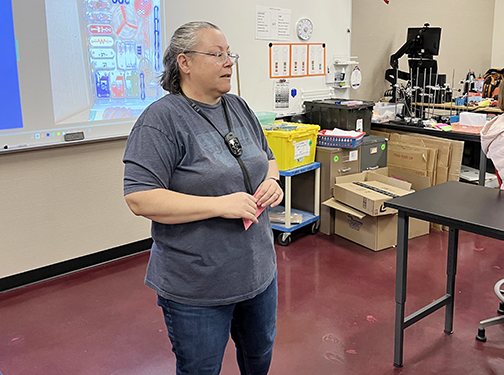 Pioneer Middle School Science teacher Shannon Jones is the first staff member featured in the video series. Thanks so much to Shannon for doing a great job! This video series will feature classified and certificated staff.