Annual Back to School Checklist 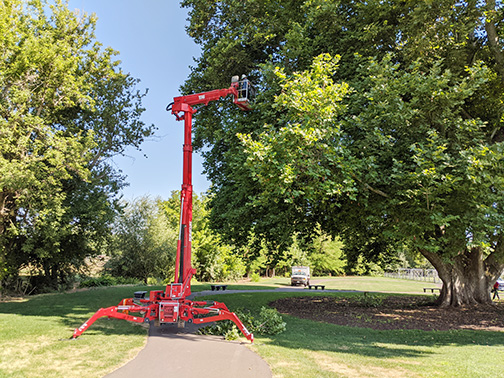 The park, named after Jeannette C. Hayner (1919-2010) who was a former influential school board member and Washington State Representative and Senator, opened in the fall of 2019. Graduate of Distinction and 1969 alum Michael Murr, in coordination with the Joseph L. Stubblefield Trust, partnered with Walla Walla Public Schools to develop the new park on the west-side of the Walla Walla High School campus featuring this century-old majestic tree. When considering its height of approximately 150 feet tall, its crown, in excess of 100 feet, and circumference nearly 30 feet around, the Hayner Park tree outshines the tallest London Plane on record in Europe.