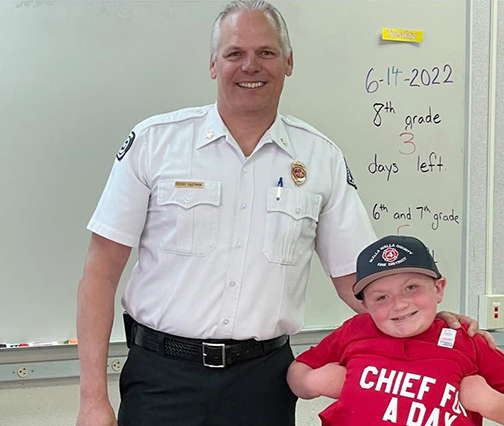 Walla Walla Public Schools students recently participated in the The Chief for a Day program with local first responders. This program is an opportunity to celebrate the lives of children living in our community who have a disability and/or chronic illness, by letting them serve as honorary Chiefs for our local public safety and correctional justice agencies. The nominations came from family, teachers, neighbors, and friends.

Walla Walla Area Crime Watch (WWACW), a non-profit organization that supports crime prevention in the Walla Walla Valley, is hosting the Chief for a Day Swearing during National Night Out at Pioneer Park, August 2.