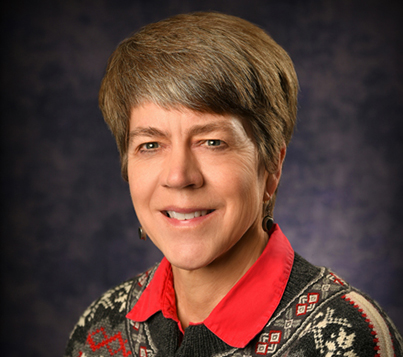 Mrs. Ladderud, an administrative assistant at Whitman College, has lived most of her life in Walla Walla. She attended Prospect Point Elementary School, Paine Elementary, Garrison Junior High, and graduated from Walla Walla High School, Whitman College (biology) and WSU (animal science). Her husband, John, is a veterinarian and they have three children who all graduated from Walla Walla High School.

Mrs. Ladderud has spent many hours volunteering in the schools and at the district level. She has been honored with the 2016 Whitman College Pete and Hedda Reid Service to Walla Walla Award. She has served on both the High School and Community Facilities Task Force and is active in 4-H and American Association of University Women.

Mrs. Trick moved to Walla Walla in 1983 with her husband Roger, a park ranger with the National Park Service. They have three grown children, all of whom graduated from Walla Walla High School. Mrs. Trick earned a BA from the University of Utah in English and Spanish and a Masters of Education from Washington State University in English as a Second Language and Bilingual Education. Active in many Little Theatre of Walla Walla productions, she has also served on the LTWW board of directors. She is active in American Association of University Women and is on the board of directors of Friends of the Farm Labor Homes (Valle Lindo). She has been an educator in Walla Walla for over thirty years.

In her spare time, Mrs. Trick enjoys the great outdoors, travel, and playing the piano for contra dances with her friends in the Wednesday Night Band.