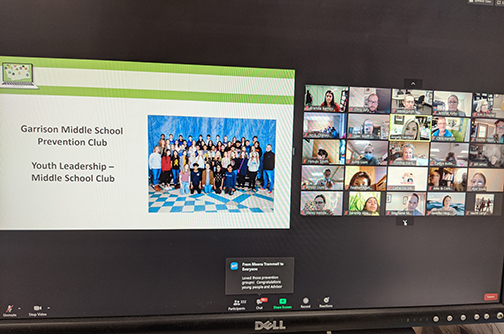 Last year there were 55 student members in the prevention club, which coordinates events, programming and implementation during the school year.