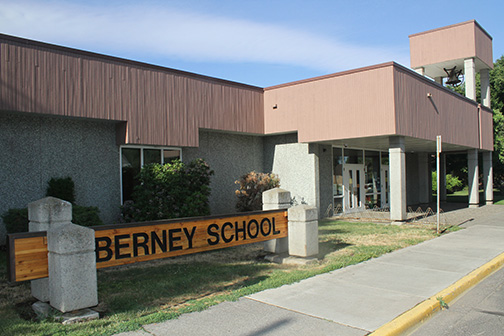 Walla Walla Public Schools reached a major milestone following its successful November 2018 bond election by releasing the first major project for public bid for infrastructure improvements at Berney Elementary. The $3.5 million project includes a heating and cooling system upgrade and new roof, replacing the aged 41-year-old systems. Construction will begin this summer. Bids are due back to the school district April 2.

“This is the first of several projects slated for this summer to be released for public bid in the coming weeks,” said Superintendent Wade Smith. “Once we determine the successful contractor, we will be finalizing construction schedules and working closely with staff and parents to coordinate and communicate proactive safety measures.”

Considerable time and effort was put into the bid package, instructions, and detailed scope of work to ensure that the district communicated their level of expected craftsmanship. In addition, a third party commissioning agent and roof consultant has also been involved to ensure the district maximizes roof longevity and heating/cooling efficiencies.

According to Smith, "we spent considerable time investigating roofing and HVAC systems to maximize our community's investment in Berney. We were able to stretch the current roof and HVAC system out for four decades and are striving to reach that same level of longevity with these improvements as well."