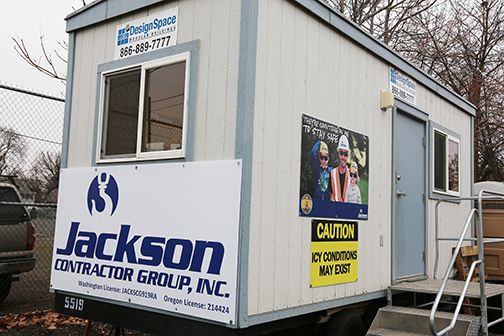 Jackson Contractor Group of Walla Walla was announced the General Contractor to complete the $72 million Walla Walla High School renovation project following today’s public bid opening. The agreement is pending final contract negotiations and school board approval slated for later this month. Jackson Contractor Group was ranked the most qualified candidate from the four proposing firms after a three-phase process which included a comprehensive proposal, face-to-face interviews and final fees.

“Jackson Contractor Group had the highest ranked proposal, interview and lowest cost to deliver on our flagship Wa-Hi project,” said Superintendent Wade Smith. “We are delighted to announce a local firm will construct this historic project for our community.”

Walla Walla Public Schools will utilize the General Contractor/Construction Manager (GC/CM) model, often referred to as a “collaborative delivery model,” which allows the contractor to be involved early in the design phase, capitalizing on Jackson’s ability to participate and partner through the pre-construction and design programming.

The facility renovations and improvements are possible thanks to 73% of Walla Walla voters saying yes on the November 6 Replacement Bond measure. The project will kick off this fall when ground is broken on a new science addition. The entire Wa-Hi project is expected to be completed by the start of the 2022 school year.

With 45 Jackson family members living in Walla Walla County, including several parents with children in district schools, Jackson Contractor Group says there is a special connection to Wa-Hi.

“We are avid Blue Devil fans and supporters,” said Division Manager Matt Brossman. “Our strong ties in the local community and familiarity with local subcontractors and market conditions will help make this project a collaborative and successful certainty.”

Jackson Contractor Group’s local office is located on Issacs Ave near Walla Walla Community College. They currently are constructing an addition at the Walla Walla YMCA, Walla Walla Clinic expansion and have been involved with 35 school projects.

“We love what we do,” said Brossman. “Together we will accomplish the goals established by the school board and meet the expectations of the community.”